Mountain Trike to be featured on BBC1 Countryfile this Sunday!

We love the outdoors and think everyone of all abilities should be able to access it which is why we are delighted to be featured on the show this Sunday, 26th April 7-8pm – we should be on after the weather so tune in, set to record or catch up on iplayer!

A group of about ten Mountain Trike customers were filmed last week with John Craven and the Countryfile crew at the South Yorkshire Dovestone Reservoir RSPB site.  The site was being featured on the show regarding the conservation that goes on there and Craig Grimes from Experience Community who is one of our MT Experience Centres suggested they link in with the work they are doing to make the site accessible.  It was a beautiful day with a spectacular backdrop and a great group of Trikers to highlight that with the right equipment and attitude access over various terrains is possible in a wheelchair.

The film crew captured the group riding together over various terrains, Craig Grimes explained the work he has been doing to increase access to paths and trails to encourage MT rambles and better access for wheelchair users and Tim Morgan from Mountain Trike explained the inspiration behind the Trike and John Craven even had a ride in the Trike.

We’re not sure how much air time the feature will get but with the promise of a post-weather feature on the show (apparently the best slot) we are sure that it will help highlight to other organisations what can and should be done to enable much better access to paths and trails so everyone can enjoy the countryside! 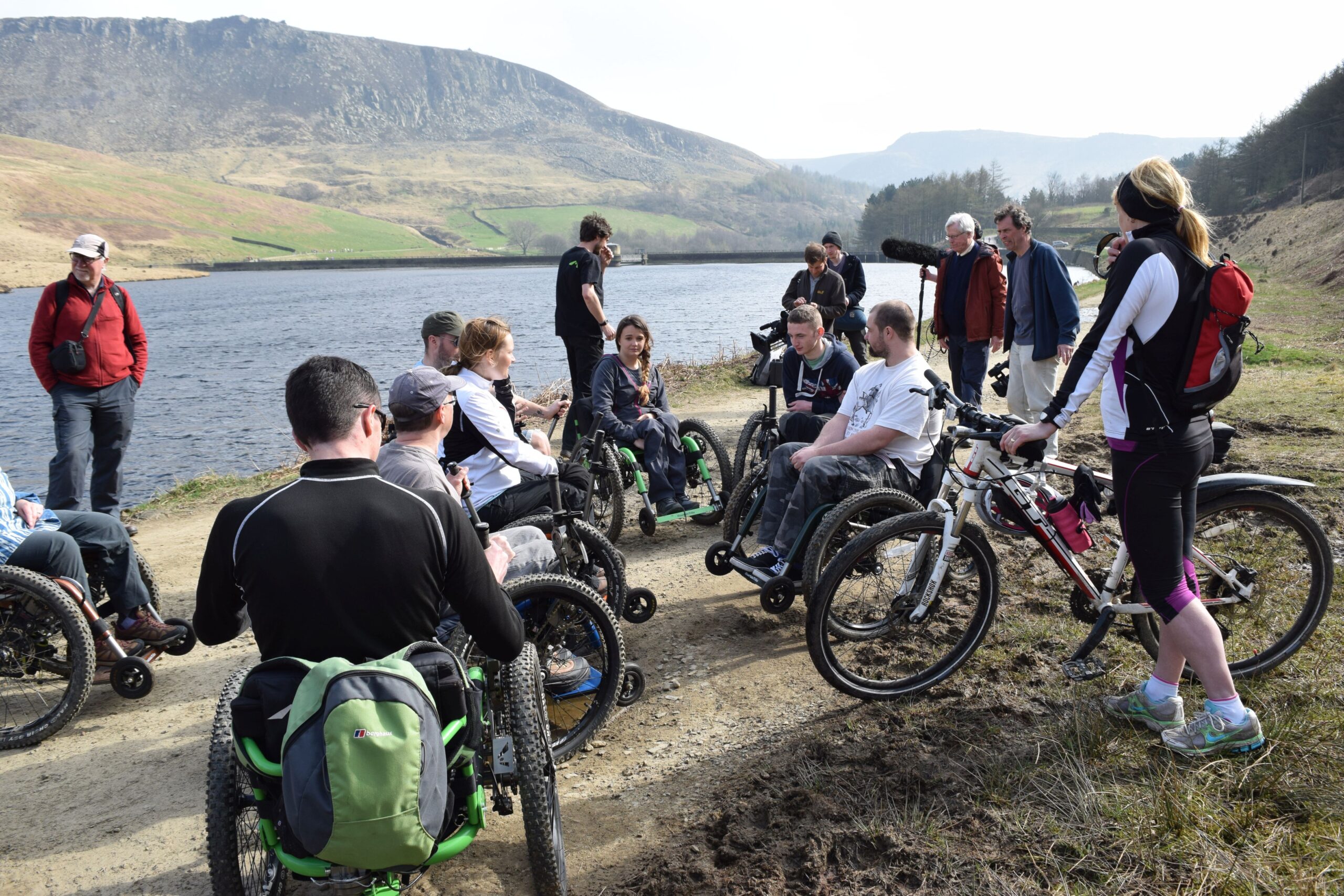