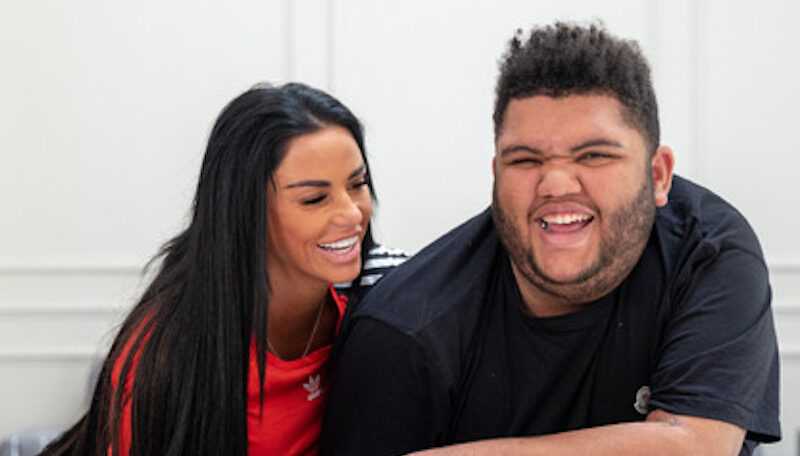 TV personality and former model, Katie Price and her disabled son Harvey come together in a new BBC documentary called Katie Price: Harvey & Me, to share the everyday challenges of living with complex needs and Harvey’s journey to an independent adulthood.

A deeply personal film about Katie Price and her disabled son Harvey in a crucial year of his life, as he turns 18 and becomes an adult. It’s an exciting milestone for them both, but for some disabled young adults like Harvey it also brings a daunting uncertainty as the people and places that have cared for him as a child are about to change.

Now Harvey and Katie must navigate this transition together, and Katie has some tough decisions to make on Harvey’s behalf – such as where he will live and what his future will look like – and in doing so she must also learn to let go.

What is Harvey’s disability?

Harvey was born with septic optic dysplasia, a rare disorder that affects brain function, hormones and vision, and affects one in 10,000 births. He has a long list of medical and behavioural conditions, including autism, ADHD and Prader-Willi syndrome, in which he is constantly hungry.

He has learning difficulties and behavioural issues that can cause outbursts and tantrums, which can lead to Harvey becoming violent, lashing out, breaking objects, windows and walls.

In July 2020, Harvey was rushed to hospital and admitted to intensive care following a high temperature, chest pains and breathing difficulties. It wasn’t Covid-19 but said to be an unknown bug.

After his recovery, health professionals raised concerns of his weight of 29 stone, due to his eating disorder, and he is likely to have a heart attack if he doesn’t losing the weight.

As he moves into adulthood, it marks a transition into unchartered territory as there are no other adults known to have Harvey’s combination of conditions.

What to expect in the documentary Katie Price: Harvey & Me 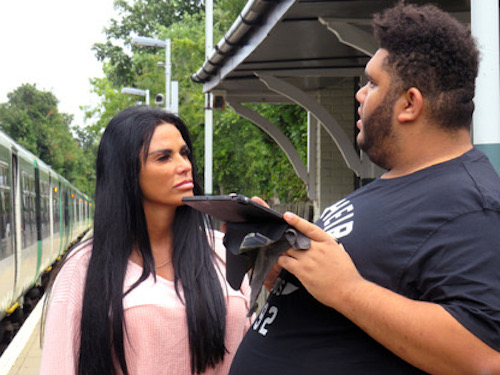 In this documentary, Harvey and Katie explore the options of further education colleges and meet other families with disabled young adults. He also reconnects with an old friend whose been through his transition year and is now flourishing in college, and whose mum gives Katie some sound advice.

Katie is forced to face what could be at stake if she makes the wrong decision, meeting Isabelle, whose autistic son Matthew was sectioned at 15 years old. Katie discovers that there are over 2,000 people with autism or learning disabilities currently kept against their will in assessment and treatment units.

Harvey and Katie open up their lives, sharing their personal highs and lows at a crucial time of change.

We get to know Harvey, and through him and his relationship with his mum, we get to know a very different Katie to the one so often seen in the tabloids – as a mum dealing with issues that so many parents of disabled children and young adults face.

After spending six months researching specials needs schools and residential facilities, Katie and Harvey have decided he would like to attend the National Star college in Cheltenham, where he’ll stay in the long-term living accommodation on campus.

Katie has sent in Harvey’s application, and is expecting to hear back in March 2021. The college costs up to £350,000 for full-time care, and she needs to get her local authority to fund his placement.

Speaking to The Sun, Katie said: “It’s so upsetting to think I won’t see him every day but this is the best thing for Harvey and we have to think positively because I don’t want him to think I’m just getting rid of him.

“This is his chance to live an independent life, learn skills and socialise with people other than me.”

At National Star college, Harvey will be able to go swimming and work out with trained specialists. The college features en-suite bedrooms and common areas, where residents can socialise with one another.

It also has accessible gardens and kitchens and offers everything from aquatic therapy to dramatherapy and physiotherapy.

Katie added: “He will live there until he’s 25 and have his own space to study and keep fit. I need to get him the help he deserves because he will die if he doesn’t exercise.”

You can watch Katie Price: Harvey & Me on BBC One, Monday 25th January at 8:30pm. It will then be available to catch up on BBC iPlayer.

The post Katie Price: Harvey & Me: A documentary that shares disabled son’s transition into adulthood appeared first on Disability Horizons.